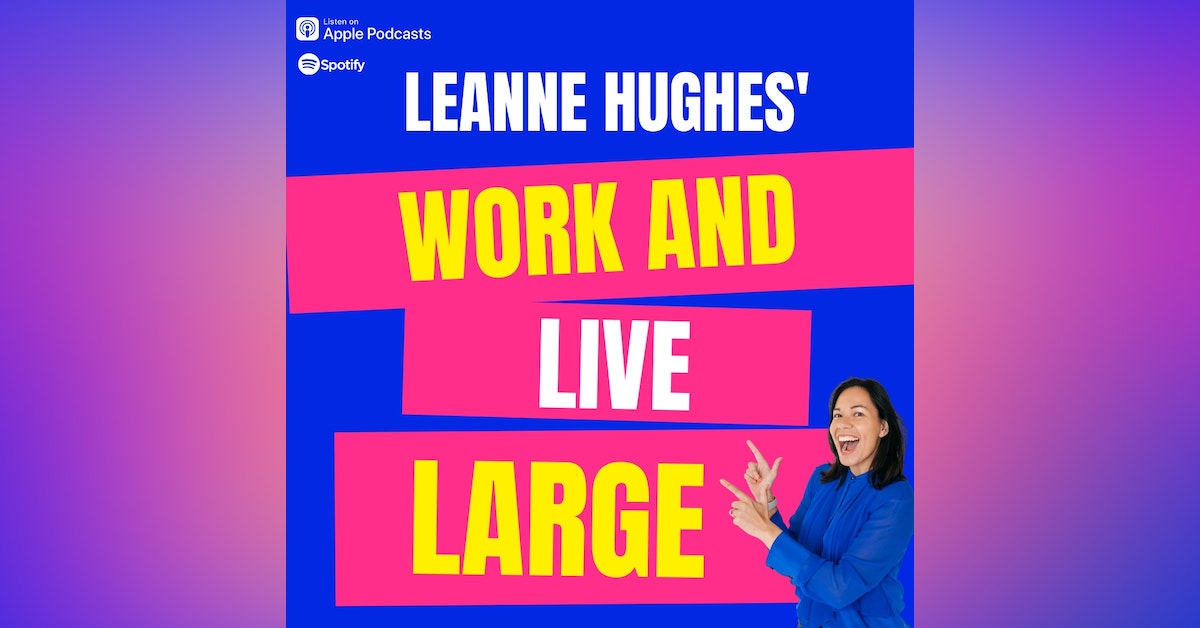 "Work and Live Large" - what does that phrase mean to you?

Today, let's focus on the "Work Large" element. Instead of defending against  disruption, you'll hear a call to be bold and decisive.

I think the word "Disruption" certainly conjures up negative elements and it can get a bad wrap. Today I'm sharing with you a behind the scenes, firestyle type chat with Steve Bleistein.

Steve and I are in a growth cycle consultant group together. Every time he says something, it provokes a reaction, a reflection, or a new idea from me. So, what perfect opportunity to dig into his ideas by recording our chat in sharing it with you!

What I learnt from this conversation is that we all have the ability within ourselves to be a disruptor - to make a decision, and be bold in our execution.

Steven Bleistein, CEO and founder of Relansa, Inc., and author of Rapid Organizational Change is one of those rare international experts who bridges Western and Japanese business thinking. Fluent in Japanese and French,

Steve has attracted clients from businesses such as Adidas, Michelin, AIG Group and Barilla. Working with leaders and their teams, Steve helps both Japanese and international companies create their own new realities.

Steve serves as Vice Chair of the Independent Business Committee of the American Chamber of Commerce in Japan, where he takes an active role in supporting entrepreneurial and leadership capabilities inside Japanese companies. He runs the popular “Conversation With” luncheon series where he leads an on-stage conversation with a local business leader guest.

In addition, Steve serves on the board of Tsukuba International School, supporting the school’s leadership on the path toward full International Baccalaureate certification.

Prior to returning to Japan in 2009, Steve drove innovation on a multi-million dollar project at Australia’s premier government IT innovation think-tank NICTA, forging collaborative relationships with Japanese IT giants. In addition, Steve assisted Japan’s Cabinet Office on issues related to e-government strategy, and organized joint meetings between Japanese Government and Australian Commonwealth officials.

Steve holds a PhD in computer science and an International MBA. He is a U.S. citizen by birth, and an Australian citizen by naturalization. A recent convert to avid sportsman, you will frequently find Steve in the early morning hours whizzing by on his road bike, out for a run, or in the pool for a swim. A triathlete in the making. Stay tuned.

Email has been submitted.